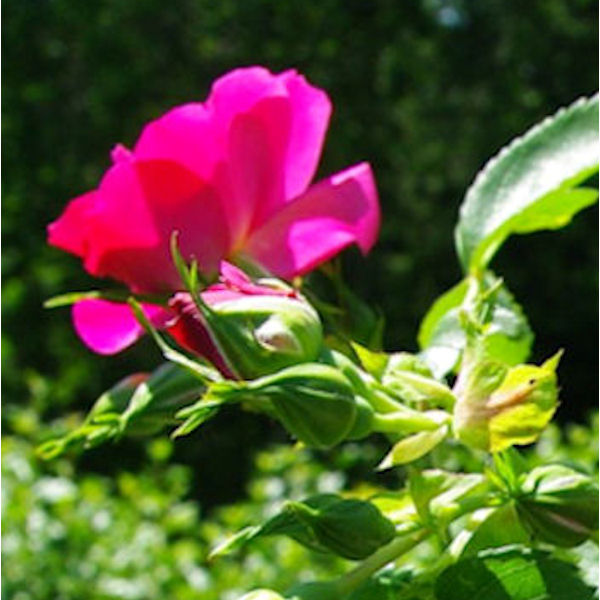 Rose has been chosen 2012 Herb of the Year by the International Herb Association.

A rose is a woody perennial flowering plant of the genus Rosa, in the family Rosaceae, or the flower it bears. There are over a hundred species and thousands of cultivars. They form a group of plants that can be erect shrubs, climbing or trailing with stems that are often armed with sharp prickles. Flowers vary in size and shape and are usually large and showy, in colors ranging from white through yellows and reds. Most species are native to Asia, with smaller numbers native to Europe, North America, and northwestern Africa.

Roses are best known as ornamental plants grown for their flowers in the garden and sometimes indoors. They have been also used for commercial perfumery and commercial cut flower crops. Some are used as landscape plants, for hedging and for other utilitarian purposes such as game cover and slope stabilization. They also have minor medicinal uses.

Rose hips, the orange or red bulbous seedpods   that remain after the rose bloom is long gone, are full of vitamin C and may help keep your immune  system strong during the flu and cold season. Harvest rose hips in the fall and dry them for winter use in tea, jam, fruitcake and even wine.